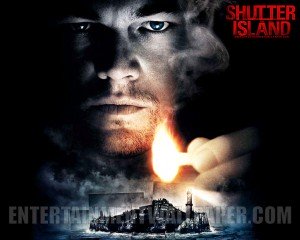 Nothing amuses me more than psychological suspense thrillers with a pinch of horror in it, and when the making team comprises of Scorsese and DiCaprio then you can’t miss this ride and hence I didn’t. It was a long wait for Indian viewers before they actually released it; I had started to lose hope of it ever getting released in India.

So this is the story of US marshal Teddy Daniels [Leonardo DiCaprio] and his partner Chuck Aule [Mark Ruffalo] who go on a case to investigate the missing patient of a mental asylum for the criminally insane on the lonely island Shutter Island. Teddy believes that there is a bigger conspiracy at the island, managed by the head psychologist Dr. Crawley [Ben Kingsley]. As the events unfolds and the story moves forward things are revealed which I will not talk about to ruin the fun.

The idea of making a complete entertaining suspensive psychological thriller is to remain ahead of the viewers. The moment viewers think that they know what is happening, you prove them wrong. Unfortunately that is not the case with Shutter Island; here you get what you expect and by the time you reach the end you know that the end will be out of the obvious two situations. This is where I am disappointed from else a perfect movie.

Said this, I don’t say it is a bad movie and you will not enjoy it. If you enjoy suspense and thrillers then you surely will like every bit of it. The acting of the star cast is splendid and so is the screenplay. The background score is apt and according to the setting and so is the picturisation. You love the island and you are scared of the asylum. You like the jungle but you are skeptical of the constant bad weather and the abandoned light house. You know something is wrong with the asylum staff but you have nowhere else to go. The story is tight and fast paced and you don’t feel bored even for one second. The end although predictable but very have its share of surprise and the ending note of Teddy ‘We gotta get off this rock, Chuck’ actually makes your day.