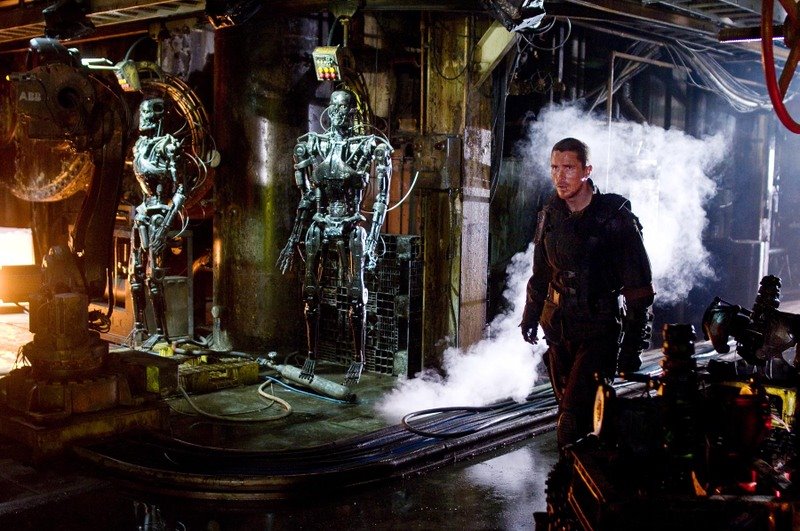 When it was certain that Arnold will not be there in Terminator-4, I thought I’ll never gonna watch it. But the day news of Christian Bale in it came I knew I’ll give it a shot. It was a long wait before I finally got to see it; the option of downloading from the net was long available, but I don’t wanted to miss even a single shot to piracy and frankly speaking I don’t regret my decision.

Terminator Salvation is a war movie; a war between men and machine. So there is sci-fi angle attached to it as well. End result is big action sequences with superb special effects. Huge terminators blowing up [transformers style], choppers crashing down [we got a black hawk down] and obviously men with machine guns shooting machines with machine guns; what else could you ask for? The action sequence and the special effects are big and perfectly executed so the movie scores at this front.

As far as the casting and the performance is concerned, no one can replace Arnold and may be that is why there is no T-800 in this movie; except a cameo with Arnie in it. But Bale and Sam Worthington have done a good job. Some are saying that Sam has totally overshadowed Bale; what Heath Ledger did in Dark Knight, but I find it hard to believe. Both the actors have a specific role and strong characters, and both have performed well. The actors and the director have also done their job well.

It is the story which is a little weak. With every installment the story line suffered a lot, because nothing new was there to offer and this was the reason why Terminator-3 fell flat; the story got completely bankrupt. With Salvation in post apocalyptic world the story has moved forward with more twists and turns. The movie shows the future, how John Connor became the leader of the resistance, how he met his father and other things as well, still it is a little flimsy. But with all those big explosions taking place, you hardly think about it.

On an ending note, nothing can beat Terminator-2 Judgment Day. It is my favourite and the best till date. Terminator-3 didn’t lived upto the expectations because it was compared to Judgment day. When compared to T-3 Salvation is a better flick, but when compared to T-2 it is not. You can watch T-2 again and again, and after a break then again. But Salvation you can watch only again and again. Salvation is an apt name for this movie; it actually salvage’s the series.

All good things come to an end but I don’t like the Arnie era with Terminator coming to an end; the 30 seconds cameo in it didn’t suffice and I hope he’ll be there in the next outing.

Transformers- Revenge of the Fallen Public Enemies Prince Of Persia Sands of Time You Don’t Watch The Zohan!!! The A Team . . .