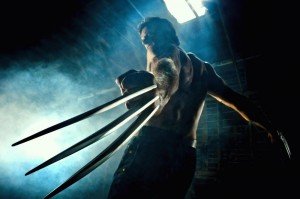 One thing I keep on saying again and again about superhero sagas; I don’t like the whole concept of having supernatural-unexplainable powers. But then a friend said without superpowers you don’t have superheroes, it’s simply heroes. Batman doesn’t fall in the superhero category then, but Wolverine does.

Of all the mutants Wolverine is my favourite; his rugged indestructible image always does the magic. Others are good but this raw animal is the best among the lot. Had it not been for Wolverine, I don’t think I would have liked the X-Men trilogy as much and it is again for the Wolverine that I watched ‘X-Men Origins’; no action, no special effects just Wolverine and Hugh Jackman. If this reason is enough for you, then am sure after the long wait you would have already planned your outing with; but if it is not, then you can perhaps give it a second thought.

Generally the first sequel of the movie comes as the best of the lot; Terminator-2 Judgment Day; Matrix Reloaded; The Dark Knight; Spiderman-2, in the mutant case X-Men 2 and many more; they all were bigger and better than the first movie. They even proved more fun than the third installment. There are certain reasons behind the trend. After the success of the first one, crew is excited and determined to do better. Viewers are also eagerly waiting for the second installment as they have not had enough with the first one. So the result is a better movie with a better viewer response. The third time, in order to make it even bigger, the makers tend to overdo the film. Also either the viewers are having very huge expectations after the phenomenal success of the earlier two, or they have simply lost the charm of seeing the same thing again. In either case the third installment gets a bad hit. But when you are trying to rake in the moolah for the fourth time, you need to be very careful and this is where director Gavin Hood missed out.

X-Men origins tell us how Logan who wanted to live a simple life became Wolverine. Why he is an animal suffering from amnesia and how he has metal claws. All the questions which we though about during the first three X-Men flick have more or less been answered in this tale of origin. Jackman is looking better and the action sequences are bigger. But still something doesn’t feels right about the movie.

The biggest problem with the movie is its biggest strength that it tries to answer too many things in too little time. Thats why the build up of the characters got little flimsy and you tend to lose the interest. The director doesn’t want to show Wolverine in bad light and hence in order to awaken the animal within he is killing anyone and everyone who can be remotely associated with Logan, from his father to a helping farmer all are getting killed from the very beginning. Also the director missed out on few details, like why the General Stryker has to type in the commands to his ‘ultimate mutant weapon’.

Well all these are smaller details, I don’t know why, but somehow I just didn’t like the movie as a whole despite am unable to find out major holes in the movie. I hoped to like the movie a lot, but it didn’t go down well with my expectations. So there must be something wrong somewhere, either with the movie or my viewing this time.