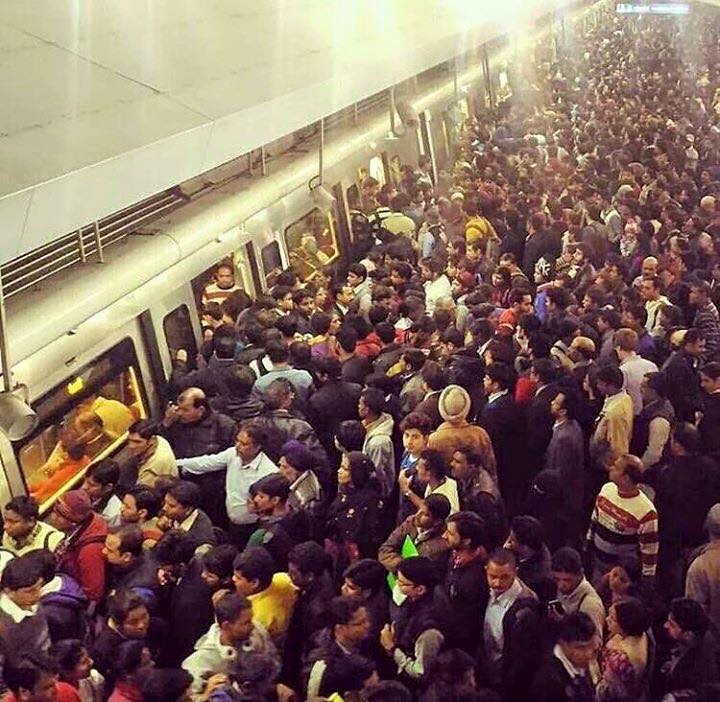 Come 1st January 2016 and Delhi’s traffic and pollution woes will be over. After successful implementation and tremendous results in Beijing, AAP ki Sarkar has decided to implement #oddevenformula for traffic rationing in Delhi. For meager mortals who still do not know, as per this formula cars with odd number will be driven on odd dates and even number plates will move on even dates. Logic of AAP ki Sarkar, number of vehicles will be halved hence pollution will be halved.

Citing Beijing’s tremendous success and looking at before & after pictures of the city, AAP’s twitter force is having orgasmic reactions online. Whether government’s step is correct or not that’s debatable, but their intent is good. Atleast that’s what I thought, until people started to point out, this announcement is to divert media and people’s attention from 400% salary hike and diluted Lokpal bill passed by Delhi cabinet; and given the nature of APP ka CM the intent just got from pious to wicked.

Everyone in Delhi is pissed off with current traffic and pollution situation. People suffer from chronic breathing problems, sour throats and god knows what else because of pollution. Unending traffic jams have lead to daily bouts of road rage. Everyone wants a solution and people understand when the government talks about reducing traffic on roads and more use of public transport.

But state of public transport is in shambles. DTC buses are unreliable, uncomfortable, and uncultured. Travelling in them is a nightmare and anyone who can afford will always ignore it as a means of transport. Delhi metro was launched with lot of fan fair and for a brief period of time it seemed it would become a viable travelling option. But after so many years of operation, metro is overcrowded, without complete coverage and still no last mile connectivity. Autos in Delhi are the worst. There are no fixed stands where you can be sure of finding one. When you find one, they will say no because they are not in a mood to work. When they will say yes, they will ask for exorbitant fare and wouldn’t go by approved fare; you can protest but not complaint (thanks to AAP ki Sarkar). Story of Taxis is similar to autos, except for new app based Uber and Ola (which are little expensive), but the government is hell bound on shutting them down.

I am frequent traveller to Hong Kong and Shanghai and I use public transport there with lot of ease and without difficulty. Given a choice I want to use public transport in Delhi as well. Footing a fuel bill of Rs. 10,000 every month hurts me. But I can’t walk on the roads because there are no footpaths (which are there are all encroached). I can’t get a comfortable ride in Metro because there is not enough service. I can’t take a bus because I am not sure if I will ever reach on time. I don’t want to deal with a rude and arrogant auto driver who will treat me like shit and I don’t have enough money to spend on taxi every time I step out of my house (don’t want to talk about the security issue with unverified drivers). The only practical, safe, easy and convenient option left with me is to use my own vehicle.

Without proper substitute of private vehicles how are people supposed to travel? For #oddevenformula those who can will buy another vehicle. Others will get their vehicles transferred to NCR (for restrictions are only on Delhi number vehicles).  Government has already declared 15 days school vacations during trial run of the revolutionary idea. You can close up government offices as well. Or still better lets make Delhi 3 working days city. People to go to work according to their vehicle numbers only.

Why all sacrifices are always expected from the common man? Will the ministers & MLAs in AAP ki sarkar not take exemption from this rule? Will they not use alternate number vehicles to travel? Will they take up public transport; if they will then why wait till 1st January why not start today?

Why government don’t want to take hard steps to make things right? Remove encroachments from roads. Remove illegally parked vehicles. Remove factories from residential areas. Stop 10,000 trucks passing daily through Delhi. Ban diesel vehicles. Increase no entry restrictions for commercial vehicles. Strengthen public transport. Punish errant auto drivers. But no all this requires vision, planning, implementation and above all alienating vote bank which AAP ki Sarkar wont do. So instead they come up with a stupid and impractical plan to eyewash everyone in thinking government is putting lot of efforts for Delhi’s problems. Instead of implementing the last step of vehicle rationing as first, please work on other necessary things.