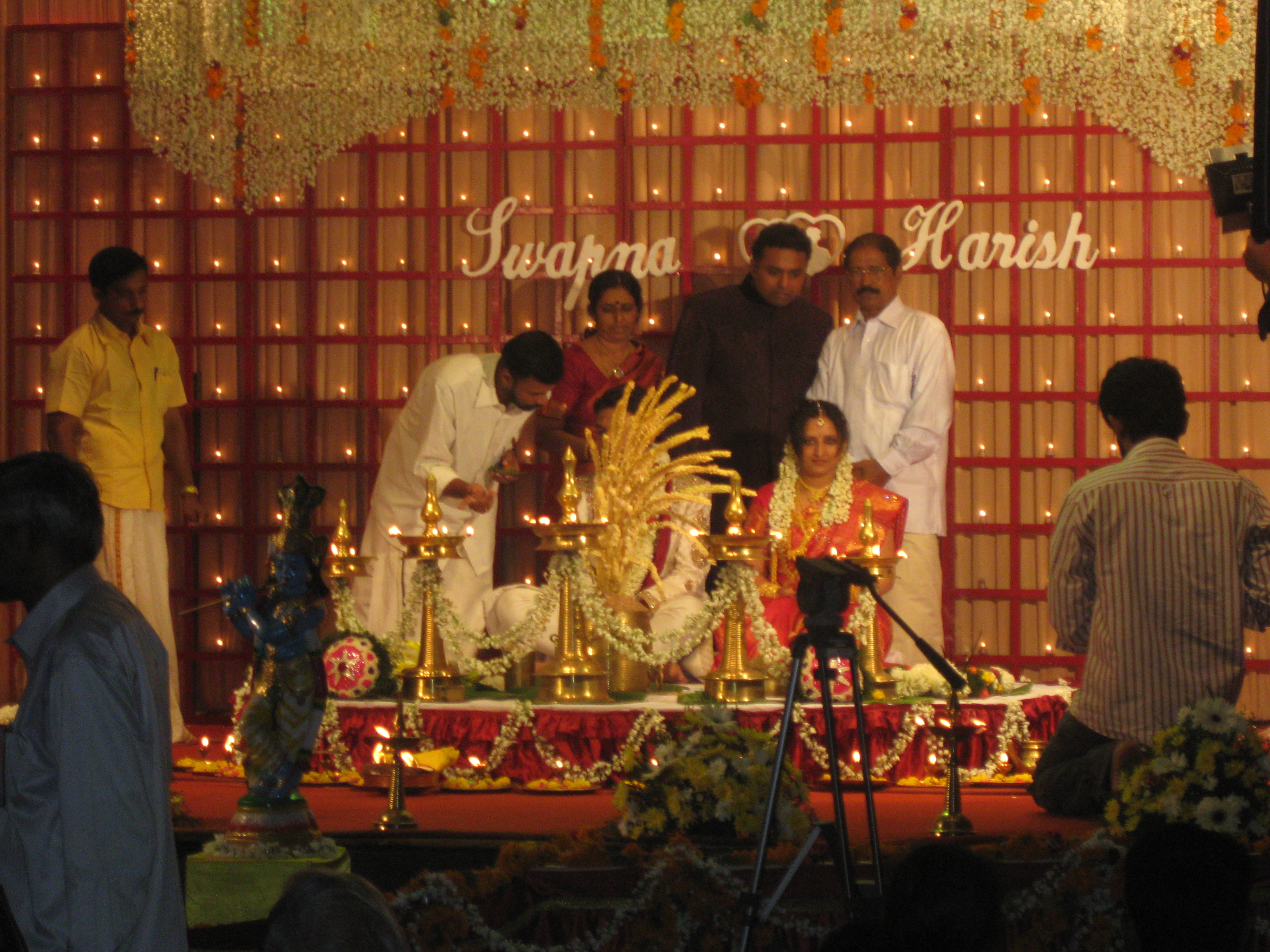 When the self declared writer inside me stops working I figured it is time to go to the basics. You know sitting late at night after no one is around and there is not much to do either. I don’t know exactly what but there is something at night which works for me. Anyways I will not get into the same details again, if you want to get to that story then check it out at ‘The odd hour affair’.

It’s been sometime to my Kerala Trip and of all the things I have talked about; still there is no mention of the wedding, the reason why I went to Kerala. As I said earlier had it not been to Swaroop’s sister’s marriage, this trip was not taking place. Everyone told me that south Indian weddings in comparison to the northern counterparts are pretty boring and if I’ll have to attend them on a regular basis I couldn’t agree more.

I remember when Arnold came to India to attend my cousin’s wedding; he stayed in the wedding house and was an integral part of every function. But for me attending the wedding there was different and with other guests from Delhi I was at the hotel and spent the first two days exploring Kochi. Anyways the night before the wedding we were invited to dinner at the house and it was then I got a pretty clear picture of how South Indian weddings are different from the northern ones.

The dinner was a quite affair with just family and may be few close friends. The menu was very simple too; rice, chicken curry and curd. As mentioned in ‘Thought for Food’ the food was with a unique flavor of its own and eating it was a pleasure.

Next day was wedding and we were told to reach the venue on time and not be late, so we reached there by 9:30 as told; not at night, 9:30 in the morning. As everything else wedding again was a simple affair. In the wedding hall all the guests were sitting on chairs and witnessing the wedding ceremony. The bride and the groom were dressed like the ones in North India. The bride with lot of jewellery, especially gold [the way women there were wearing gold, I think Kerala must be the biggest market for it] and the groom in bright Sherwani. After the groom arrived [there was no baraat (wedding procession) or the music band along] with the family in a quite manner, few rituals were performed.

The bride arrived in the wedding hall, and she came with a wedding procession of girls and classical musical instruments. Then again few rituals with bride and then on stage there were few more rituals with both bride and groom and before 11 the complete wedding was over and the photo shoot began.

Unlike north India, the wedding there was not dictated by the photographers [you know how they keep on holding the ceremony to get that perfect short] but the photographers there were far more than what we have here. Also unlike here, there was no need of a priest and any elder of the family can perform the wedding. There was registrar present to complete the legalities of marriage there and then only.

Anyways once the ceremony was over and after getting there pics clicked people moved to the lunch hall where we got the flavor of authentic Keralite food. Although everyone in south India is open to non-veg food, and it is probably more popular then the vegetarian delicacies, but since it was a traditional Hindu wedding, so the food was pure vegetarian.

All in all, it was a fun filled trip. From exploring the city, to getting a flavor of the local food and knowing a different culture, everything was there in this 3 days trip.