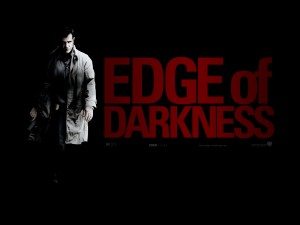 After almost a decade, Mel Gibson returns to the big screen with Edge of Darkness. When someone of Gibson’s stature returns then surely you can’t miss it [like it was hard to miss Schumacher’s return to F-1]. But just like Schumacher’s dismissal performance, Edge of Darkness too is dull. That’s it, I said it in one line, and now you may read on if you are a big fan of the ‘Braveheart’ ‘Patriot’.

If you talk about Gibson’s performance then there is no doubt that it is extraordinary and spectacular as a grieving police detective [Thomas Craven], investigating the murder of his daughter whose shot dead in front of his eyes. Screenplay and direction of this adaptation of a mini series of same title is good. But it is the overall content of the movie which is disappointing. I went to watch a thrilling experience of gripping story telling, but all I got was boring drama of slow pace acting, with loopholes in the story.

You wonder why the director has not paid any attention to telling about Gibson’s wife. Why Gibson despite of being a good father was not taking interest in his daughter’s life? Why he was totally unaware of what his daughter did, who were her friends?

Coming to other characters, if you ask me then both Ray Winstone [as government cleaner Jedburgh] and Danny Huston [as the main culprit Jack Bennett and the owner of the company at the helm of affairs] have given splendid performances. Infact the only enjoyable moments of the movie are when Jedburgh or Jack Bennett come face to face with Thomas Craven. If you ask me then it is only because of these three only that one can sit through the entire movie. Jedburgh as the mysterious cleaner emerges from the shadows [literally] and Bennett like a snake is actually hissing in the movie, the moment he asks Craven how does it feel to be responsible for the death of your daughter, you actually feel like punching him in the face.

You may compare Gibson’s character to that of Liam Neeson from Taken; the problem with otherwise spectacular Taken was the story, it was too predictable. With Edge of Darkness again the problem is story, but this time there is too much of it. There is politics, deceit, lies, government conspiracies and what not, and that is why it gets little complicated and boring and you start wondering why it is taking too long to end this trauma [for the grieving father and for the audiences as well].