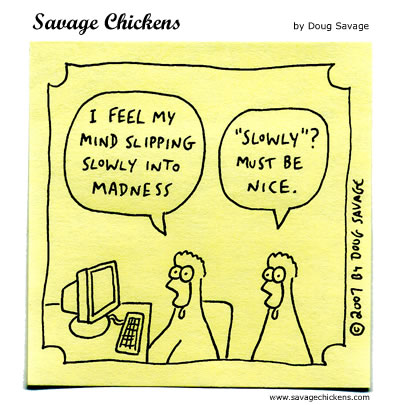 I never thought I would see the light of this day. On 14th of this month, I officially completed my first year of full time working. This was the year in which I did nothing else, but work. Although I had thought of writing this post earlier many times, but typing down something about which you are not clear about, is not easy. I am not sure, if finishing the college has been a high point of my life or not? Because most of the times I am upset rather than being happy.

In the past one year, writing is not the only thing which got affected (if you follow the frequency of my posts, then things will be clear); and it is not that I am too busy with my office work that I don’t get time to do it. It’s just that once back from office, I don’t feel like doing anything.

It all started with sleepless Saturdays; after I started working, Saturday nights became movie marathons, one after another for whole night, I watched movies upto 3 sometimes till 4 o’clock in the morning (this was the rebound of not having Noida’s life. There sometime we sat whole night and watched movies). Then these Saturday nights turned into Sunday mornings and eventually weekday evenings. Then for almost a year I reached back home at 6:30 and for the next 3-4 hours it was just movies and serials. I watched all the seasons of Stargate Atlantis, Battlestar Galactica, Dexter, Prison Break, Supernatural, Smallville, Two and a half men, How I met your mother, The big bang theory, Castle, White Collar, The Mentalist, Cold Case, Criminal Minds, Cougar Town, 90210, Spartacus- Blood and Sand, Spartacus- Gods of arena, Band of brothers, Legend of the Seeker, Andromeda, 3 seasons of lost (lost interest in Lost then), almost all the crappy movies which released in 2010 and God knows what else.

With this routine I lost out on everything else; I gained some 3-4 kgs weight. I lost all the stamina for running, no routine of gym, no will to do anything else, except watching movies. But then when night and day you are doing the same thing, sooner or later you are bound to get burned out and don’t feel it anymore; unfortunately for me, that point has not yet come, and till date I am finding no time to do anything else.

When I graduated from MBA, I was in a shock; I was not prepared for that day to come. Although life became so much simpler; there is no more stress of exams or any assignments to be submitted on time or any other kind of issues. Initially it felt good; there was no college so there was no one to tell you to study or not to watch too much television.  It all is very smooth and although I believe, rather I know, right now I am in the best possible job, with around the world travelling, chance to do something new and innovative, show my potential, still at the end of the day I don’t feel happy.

It is hard to explain why; and when I think about it, I don’t have any particular reason or explanation but most of the time I am frustrated, pissed off, angry, sad but not happy, not at all. Missing college can be one part of it but one year is long time to get over all if it.

Anyways am not sure why I am writing this post and I don’t think there is much to write anything more, and I guess I won’t update about it on FB too (I don’t want anyone to read it, and after an year of almost zilch writing there are not many readers directly on zhagdoo; hell there weren’t many in the first place) but may be writing this one will get, if not anything else, then atleast blogging on track again. Lets hope it do and lets hope this survival continues.

CLINT – The Legend. . . Pirates on Stranger Tides… IPL: Is it worth a watch India; Slums sums to Scramble??? Outlander. . .